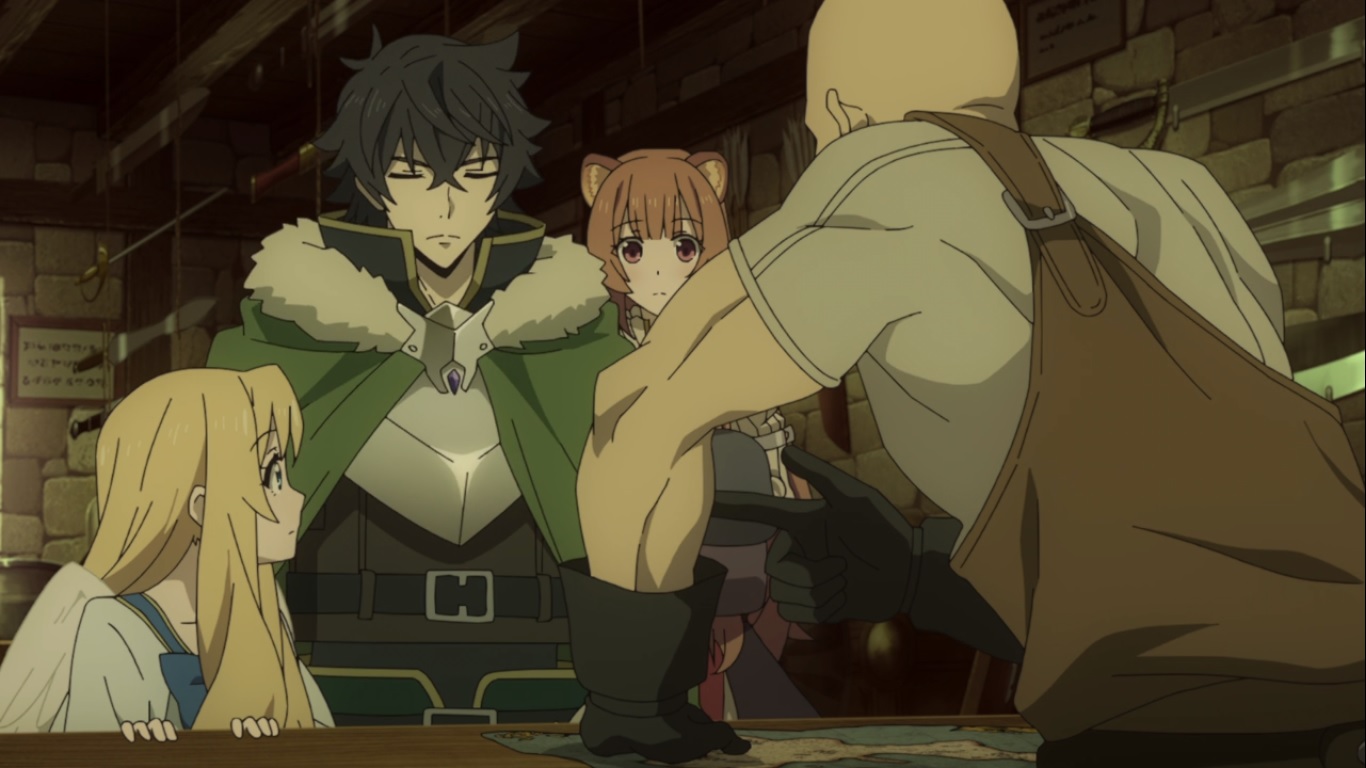 This show is pretty good please watch it. This anime follows Iwatani Naofumi, a pretty average guy before being sucked into a magical game world. He and three other people were summoned as the four cardinal heroes. There is a sword, spear, bow and Naofumi being the shield hero of course. The shield hero is seen as the least popular because he is unable to fight traditionally. The cardinal heroes are responsible for defending the world against the waves of catastrophe that are said to bring the apocalypse to the world. As Naofumi soon finds out, there is much more to the world when he is betrayed and shunned by the entire country just day later. So Naofumi has to help defend the country that has turned its back on him. This show starts off with a light tone but quickly sets the darker tone its going to carry with it.

This is where the show really caught my attention. This show could of taken the predictable route and made Naofumi desperate to clear his name but instead he hates everyone. He grows cold towards everyone around him. Its so interesting because instead of the protagonist influencing the world, the world is influencing him. Naofumi is a naturally caring person and it shows when he gets party members but there is a coldness he has towards anyone he meets because of his previous experiences.

The Rising of the Shield Hero really feels like playing an adventure rpg game. There is a vast world to be explored, multiple quest that can be picked up wherever the heroes travel, and they even have to stop by the local shop owners to upgrade their gear. The only negative thing so far is the other heroes feel dense. They’ll call out injustice against Naofumi one second but still believe anything negative that spreads about him.

So far there is only 15 episodes out now but every Wednesday an episode is released. Sub and dub release simultaneously so you have the option. I know its the cool thing to hate dubs but this show’s voice actors aren’t that bad. The animation is overall good, there are times when a giant monster is involved the animation looks a little off but its so far and in between its not a big deal. The soundtrack is composed by Kevin Penkin, who is known for making amazing anime soundtracks and makes another great one with this one. Its even available on spotify.

Rising of the Shield Hero is one of the better anime this season and I would recommend it.